There’re different states inside FijkPlayer / ijkplayer. Jump between states is achieved through an API call.

The following illustration plots all the states in player, as well as the main API calls that invoke state jumps.

The state jumps which connected by soild arrow in the figure are achieved by API call.
The dashed arrow connected state changes are occurs automatically by some specific task within the player finished or some error occurs. 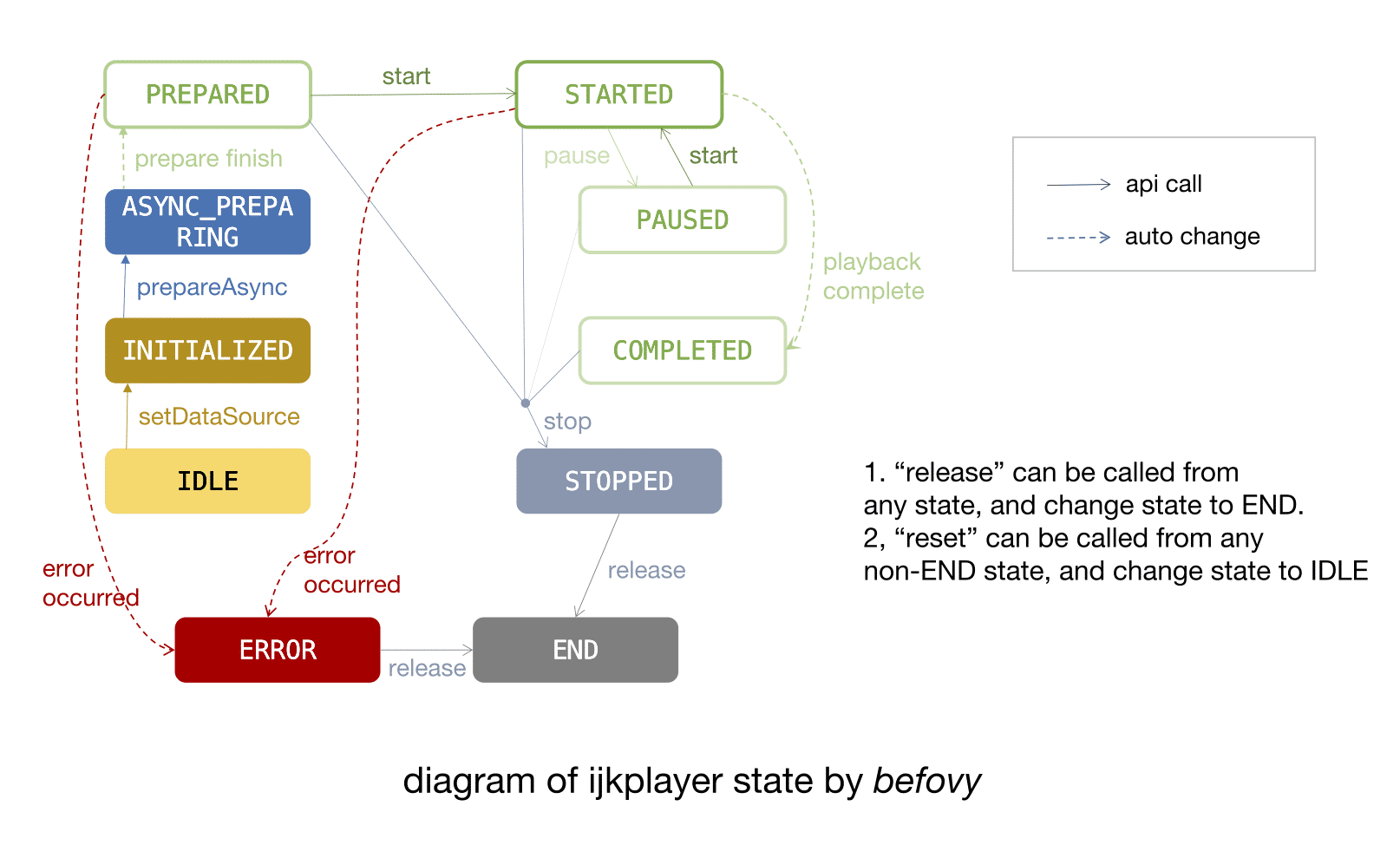 prepared, started, paused, completed.
In the playable state, you can convert to the started state by calling start and the playback becomes started.

idle, initialized, prepared, paused, completed, stopped, end, error.
Steady state can only be converted to other states through API calls. State changed are not autonomous.

asyncPreparing, started.
Non-steady state will automatically change to other states when matching some conditions.
Non-Steady state jumps can also be mase through API calls.